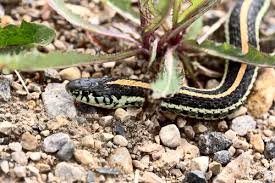 Ophidiophobia: A Fear of Snakes

Hiking, camping, swimming in a lake and paddling a canoe- are all wonderful activities in nature that can be enjoyed a lot less, due to a fear of snakes. In fact, a fear of snakes is one of the most common phobias in the world. By some estimates, it is said that at least 2/3  of the population feels anxious about snakes, while at least 3% of that population meets the diagnostic criteria for Ophidiophobia.

Ophidiophobia is an extreme, and irrational fear of snakes. This phobia goes beyond moderate discomfort, and can cause severe anxiety, and panic attacks, and can exacerbate other mental health issues. Symptoms of ophidiophobia may include:

Though most of us do not experience a fear of snakes at this level, the fear is there for many of us nonetheless, and oftentimes the solution remains the same: CBT Therapy, Exposure Therapy, and sometimes anxiety medication. Let’s take a look at those three.

Cognitive-behavioral therapy (CBT): CBT is structured psychotherapy that can help you understand and control thoughts and emotions. This talk therapy can help you unlearn negative thoughts that happen when you see a snake or even think about snakes.

Exposure therapy: Exposure therapy, sometimes called desensitization, helps you gradually confront your fears. You’re exposed to the idea of snakes over time in a controlled environment. For example, exposure therapy may start with something less scary, like a picture of a cartoon snake. Eventually, you might be asked to imagine a real snake or look at a live snake in a cage. Through increasing exposure, you may learn to manage ophidiophobia.

Medications: A variety of anti-anxiety medications can lessen anxiety and physical symptoms of anxiety. They can be helpful in certain situations for people who have ophidiophobia. For example, they can ease anxiety so you can attend an outdoor wedding or go camping with your kids.

Several studies have provided evidence to support that a fear of snakes is more often than not a learned behavior. When infants, as part of controlled studies, were safely introduced to snakes, they did not show any inherent fear. However, when infants were exposed to parents that were afraid of snakes, they too became afraid.

But snakes are a necessary part of our ecosystem. They play an important role in maintaining a balance in the food chain. Because snakes are both predators and prey, they keep the pest population down by feeding on mice and other small rodents that damage crops and carry disease. In fact, by reducing the number of mice- snakes reduce the prevalence of Lyme disease.

One simple way to help keep a fear of snakes in check is to remind ourselves of how small they are compared to us.

Ecologist David Steen, in his book Secrets of Snakes: The Science Beyond the Myths, says  “They [snakes] can be intimidating, but it’s easy to lose sight of the fact that you are so much larger,” he says. “They’re just little animals, and they’ve got their own lives going on. They’re fascinating creatures with a lot of mysteries left to reveal.”

Steen goes on to say, that the most dangerous thing one can do, is to try and kill a snake. He says “The vast majority of snake bites occur when people attempt to capture the snake, grab it and kill it,” Steen says. “It’s often a chaotic, panicked event, and that’s dangerous if the snake is venomous.”

Instead, Steen recommends that people take the time to learn about the local species in their area. He says that most snakes are good at coexisting with us, without being seen, “We walk by snakes every day without knowing it. We only see a very small fraction of the snakes that are out there. So when we do see a snake, it doesn’t mean things all of a sudden got dangerous; it just means that we happened to see that snake.”

The bottom line, snakes may be intimidating, but by learning about these fascinating and fragile creatures, we will discover that they are nothing to be afraid of. Being aware of their presence, and showing them the respect you would show any number of wild animals, can go a long way. If you see a snake, calmly wait for it to move out the way. And though it might be hard to believe, the old cliche is true “they’re more afraid of you than you are of them.”