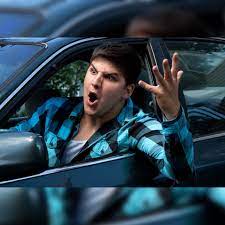 At some point in a driver’s life, it is inventible they will experience the wrath of an angry and aggressive driver’s “Road Rage”. Whether it’s through car horns blasting, a driver yelling out of the window, screaming at other drivers from within the confines of their own car, or even exiting their car and inciting verbal and sometimes even physical violence- road rage is a very real, and can have dire consequences.

Though cars have a horn for a reason, often when it comes to road rage, this helpful tool can be used almost as if it’s a megaphone for rage. Far from a courtesy tap letting the car in front of you know the light has turned green, someone with road rage will lay on the horn at even the slightest occurrence. Some may even sound the car horn when traffic is at a standstill, while everyone, including the raging driver, is powerless over the situation.

According to the AAA Foundation for Traffic Safety, aggressive “road rage” driving, is a factor in over 50% of all fatal motor vehicle car crashes. The foundation also found, in several years-long studies, that road rage episodes result in around 30 deaths and 1800 injuries per year.

Here are some of the other statistics that their research and analysis of data have shown:

So what causes this road rage? And what mental health conditions, if any, underlie it?

According to the American Psychological Association, the psychological factors behind road rage, include displaced anger, high stress, and certain mental health conditions such as anxiety disorders and intermittent explosive disorder ( defined as having behavioral outbursts that are out of proportion to the situation).

In addition to these mental health conditions, other studies have found that people who experience road rage are more likely to misuse alcohol and drugs.

Fortunately, road rage and its underlying conditions are treatable.

In a series of studies, researchers found promising results when high-anger drivers who wanted help, attended eight therapy sessions involving either relaxation or cognitive-relaxation therapy. The drivers were taught deep breathing and other basic relaxation techniques, as well as cognitive change strategies. The drivers were also taught how to better control their anger while visualizing aggravating driving situations, such as being cut off by someone in traffic.

Though the treatment didn’t entirely eliminate the anger of the drivers, it did reduce its intensity and its frequency. In fact, further studies found that a year after therapy, the majority of the patients continued to control their anger, just as well as they had immediately following the treatment.

These results prove that strategies such as practicing relaxation techniques, therapy, and at times ( according to other research) the administration of anxiety medicines-  Anger and aggression can be decreased both in the driver’s life and behind the wheel.

The bottom line, most of us will come in contact with a dangerous driver at some point in our lives, but none of us need to become dangerous and aggressive drivers.

To start healing from the anger and anxiety behind the road rage of yourself or a loved one, reach out to your mental health care provider today. This action could save your life, and that of others as well.