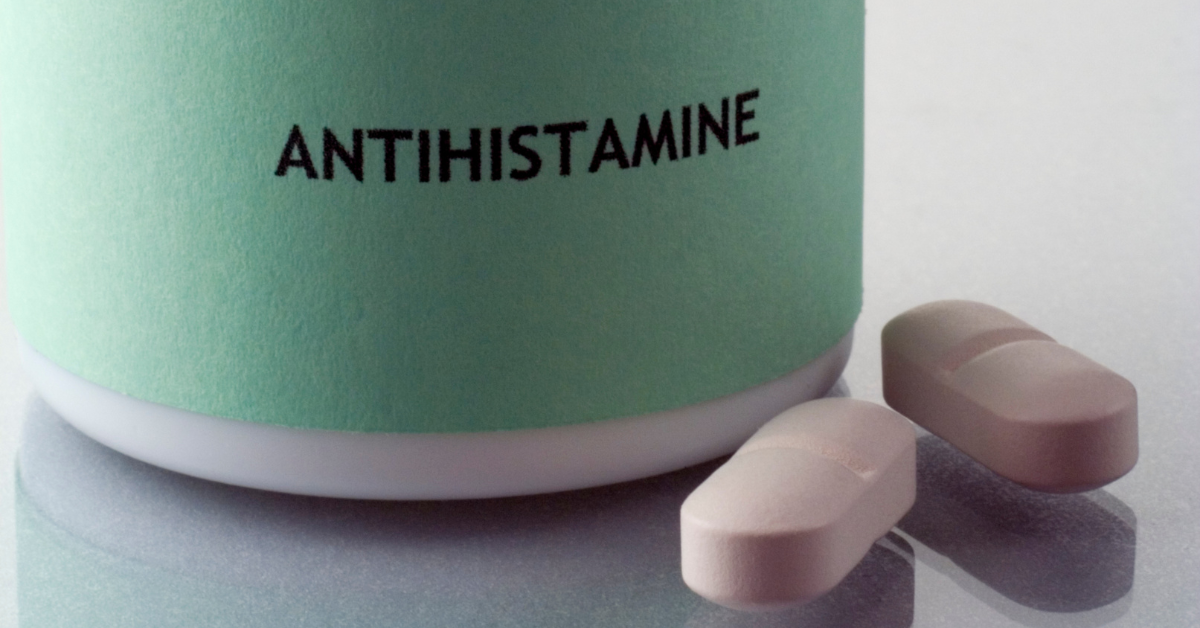 Side Effects of Hydroxyzine, An Antihistamine for Anxiety

However, when it comes to anxiety disorders, the only FDA-approved antihistamine is hydroxyzine, also known by the brand name Vistaril.

Hydroxyzine is an antihistamine that not only works by blocking histamine but also serves as a serotonin antagonist. This means that similar to SSRIs, it is able to boost the amount of serotonin in the brain by blocking it from being reabsorbed.

By increasing serotonin and decreasing histamine, hydroxyzine can reduce anxiety and help create a sense of calmness and increased feelings of well-being.

Hydroxyzine works quickly and can be taken as needed, rather than daily. In fact, hydroxyzine will usually begin to decrease anxiety within 30 minutes and will typically reach its maximum effects around 2 hours after ingestion.

While the use of the antihistamine hydroxyzine is promising and effective, especially in its ability to work quickly- it’s important to note that its potential side effects can come on quickly as well.

Though most side effects of hydroxyzine are mild and will likely lessen as the body gets used to the medication, they can be challenging to adjust to.

Some of the most common side effects of hydroxyzine are:

Sedation:
You might be drowsier than normal and have trouble focusing.

Dry mouth:
This is a common side effect that will usually fade after a few days.

Dry eyes:
Blurred vision and dry eyes may occur when taking hydroxyzine, and can usually be ameliorated by using eye drops.

The biggest complaint from patients that are prescribed antihistamines for anxiety is that for some, they can be too sedating. Though this can be helpful for someone whose anxiety has been causing insomnia, for others, it can be a bit problematic at first. Therefore, for those that need to take the hydroxyzine during the day, it’s best to avoid driving until their body has adjusted to the medication.

There are some very rare, yet serious side effects that it is important to be aware of when taking hydroxyzine.

Contact your doctor immediately if you experience any of the following:

There are definitely advantages to using hydroxyzine as part of a treatment plan for anxiety, especially when compared to other fast-acting anti-anxiety medications such as benzodiazepines. Unlike benzodiazepines, hydroxyzine is not considered to be addictive, however, over time the body can develop a tolerance to it, thus making it less effective.

If you have been diagnosed with an anxiety disorder, you may wish to speak with your doctor about hydroxyzine to see if it can benefit you. There are many options when it comes to the pharmacological treatment of anxiety, so it’s important to be open and honest with your doctor about any questions and concerns you may have.