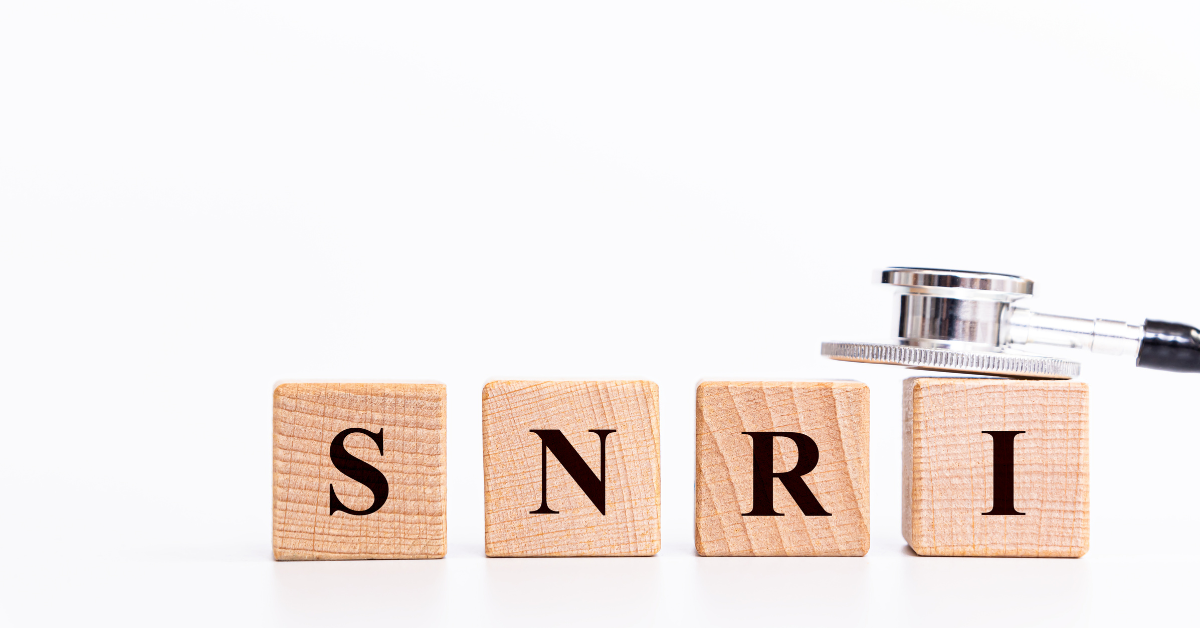 As we continue our series on medications used to treat anxiety disorders, today we are going to take a look at a class of medications called Serotonin Norepinephrine Reuptake Inhibitors.

Serotonin Norepinephrine Reuptake Inhibitors, more commonly known as SNRIs have some similarities to SSRIs, which we have covered in a previous article. However, ultimately they are quite different.

SSRIs are Selective Serotonin Reuptake Inhibitors, which are used to treat depression and anxiety. These medications work by helping to stop the brain from reabsorbing serotonin- a chemical messenger in the brain that helps to transmit certain emotions. By interrupting the reabsorption or reuptake process, more serotonin is available in the brain which can have a calming effect on moods and minimize the experience of anxiety symptoms.

The SSRIs that are used to treat anxiety include:

SNRIs are Selective Norepinephrine Reuptake Inhibitors, which also help to stop the brain from reabsorbing serotonin, however, unlike SSRIs, SNRIs also inhibit the reuptake of the norepinephrine.

Norepinephrine is a neurotransmitter that may play a role in the body’s stress response. It also helps to regulate sleep, memory, mood, and even blood pressure. However, when the body’s norepinephrine levels are either too high or too low, all of these areas can be adversely affected.

Other symptoms associated with low levels of norepinephrine are:

However, if the levels of norepinephrine are too high, this can cause an increase in anxiety, irritability, and even agitation.

Other symptoms associated with high levels of norepinephrine are:

Although too much norepinephrine activation can increase anxiety, the goal of SNRIs is not necessary to increase it but to regulate it.

Though there are several SNRIs available that have shown promising results in treating depression and depression-related anxiety, there are only two that are FDA-approved for anxiety disorders.

SNRIs have been found to be just as effective as SSRIs. Based on the results of a meta-analysis of numerous research studies on the efficacy of SNRIs, researchers found that there are no major differences in the use of either medication for anxiety. However, it is important to note that the reviewers of these studies did find that the anxiety disorder most helped by these medications is a social anxiety disorder.

For those who are diagnosed with panic disorders, SNRIs might not be the best fit, as the potential increase in norepinephrine could increase panic attacks, hyperactive behavior, and high blood pressure. That being said, it really all comes down to the individual and how their body responds.

It’s important to note that similar to SSRIs, SNRIs take time to build up in the system, and can take anywhere from two to six weeks to take effect.

So the bottom line: If SSRIs haven’t been cutting it when it comes to anxiety, it may be worth speaking with your doctor about the use of SNRIs in the treatment of anxiety.

In our next article, we will take a look at the potential side effect of SNRIs in the treatment of anxiety.